A little over a year ago, on September 12, 2012, World 50 participated in its first corporate run/walk event at the Kaiser Permanente 5K Corporate Run/Walk in Atlanta. Nearly three-quarters of the company participated. It was an impressive turnout. In usual World 50 style, various factions formed in an attempt to win certain race categories; and the day ended with what was surely the best company BBQ there, bringing together runners, kids, spouses, friends and an awesome crew. 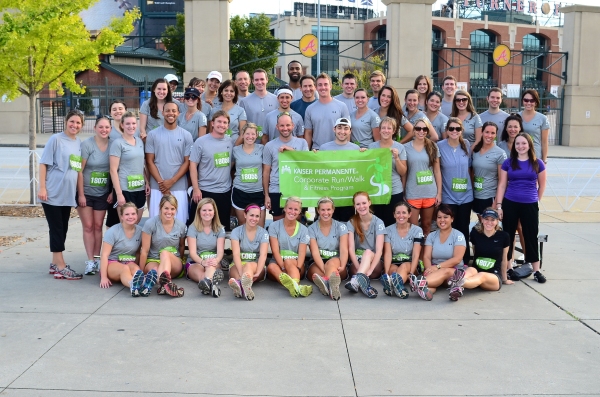 Among the 47 World 50 associates who participated was one of its newest, Nicole Rouis, or “Nikki” as her friends and family called her. Nikki was a gifted athlete. She had been a decorated soccer player in high school and as a runner her athletic grace showed through. I know she enjoyed the day and for that I’m grateful. What none of us knew—inlcuding Nikki herself—is that she ran with a late stage malignant brain tumor that she would discover two months later and would take the life of this vibrant young woman in just four months.

In the short time Nikki was part of World 50 she inspired us with her energy, attitude and teamwork. She was considerate and sweet, hard working, and possessed an quiet sense of humor that was impossible not to appreciate. When her colleagues learned of her illness, they rallied to her support like they had known her for years, starting with the creation of “Team Nicole.” 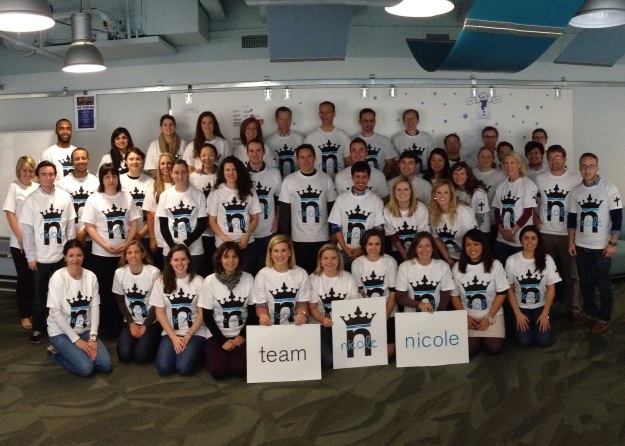 It helps to have talented graphic designers in the company. 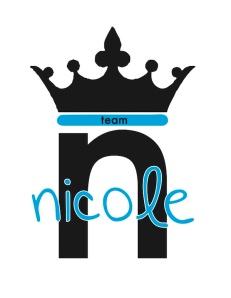 I have been proud to be part of World 50 on many occasions, but never as proud as then. We only got to see Nikki one more time, at World 50’s 2012 holiday party. Team Nicole seized the opportunity to show how much she meant to all of us, and with the help of video pro Churchill Morgan, created an amazing video that brought tears and laughter to everyone:

The news of Nikki’s passing early in 2013 came as a surprise and was a difficult moment for all that knew her. It was hard to grasp that one of our own, someone so full of life and so young, was suddenly gone. The more we learned about Nikki through her family, the more we liked her, and the more we missed her. She had made an indelible mark on our hearts. We needed to do something to honor her memory and we set about it doing just that in three ways:

Participating in the 5K seemed more than anything to bring things full circle. Once again, Team Nicole jumped into action, with T-shirts and banners and race day preparations.

Nothing felt more right than inviting Nikki’s family to join us and we were honored to have 14 members of her family with us. I cannot express enough the courage they showed in returning to the Emory campus, the last place they had been with their Nikki.

It was an emotional day and a reminder that who we spend our time with often matters more than what we spend our time doing. We were fortunate to have had Nikki in our lives, however unfairly short that time turned out to be. When I looked around World 50’s race day tent, I saw associates who had brought their parents, brothers, sisters, friends and kids. People whom I had never met told me how honored they were to take part in our “run for Nikki.” It seems that her warmth and grace were still inspiring people she had never met. 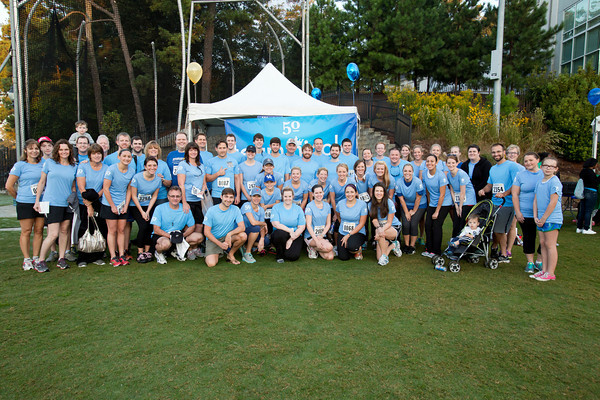 Nikki’s father completed the 5K with the very towel that Nikki had run the Kaiser 5K with just a year before. He’s a brave man who misses his daughter tremendously. I think of my own young daughter and can hardly imagine what he has gone through. But all around him were friends and family and it was clear that Nikki, even in her absence, was binding them together still. She was binding us all together—reminding us that the friends and loved ones around us are what matter most. It would seem that “running for Nikki” was more than just running in her memory, it was running for what a wonderful, smart and generous person can mean within our hearts.

I am not a big fan of running. In fact, I often find it unpleasant and prefer the kind of suffering encountered on bicycle to that on foot any day. But I really wanted to put in a good 5K time in Nikki’s honor, which meant training. During morning and lunchtime runs—alone or with colleagues with similar motivation—I found a surprising appreciation for it. It might be cold, the roads might be hilly, or something might be sore—the kind of things that make running uncomfortable—but I found a serene lucidness knowing what I was training for and knowing that “I Run for Nikki.” On race day, with a sore knee, I ran the fastest 5K of my life with no pain at all. Looking around at all the other runners before the start, with the numerous “I Run For _____” race numbers completed with names of their loved ones, I am confident I was not alone in that experience. 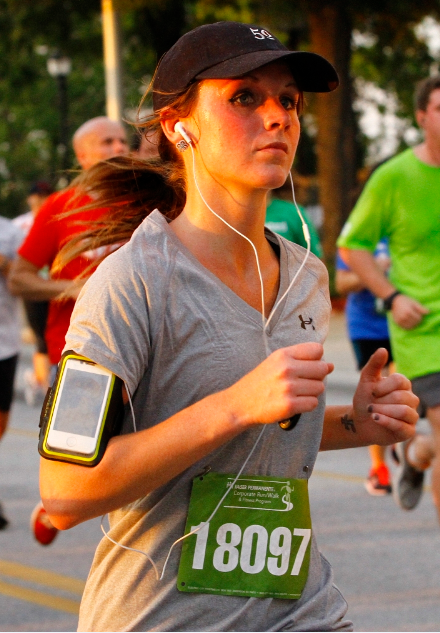 Nikki, we miss you. But we won’t forget. And there’s more to this story. Stay tuned.